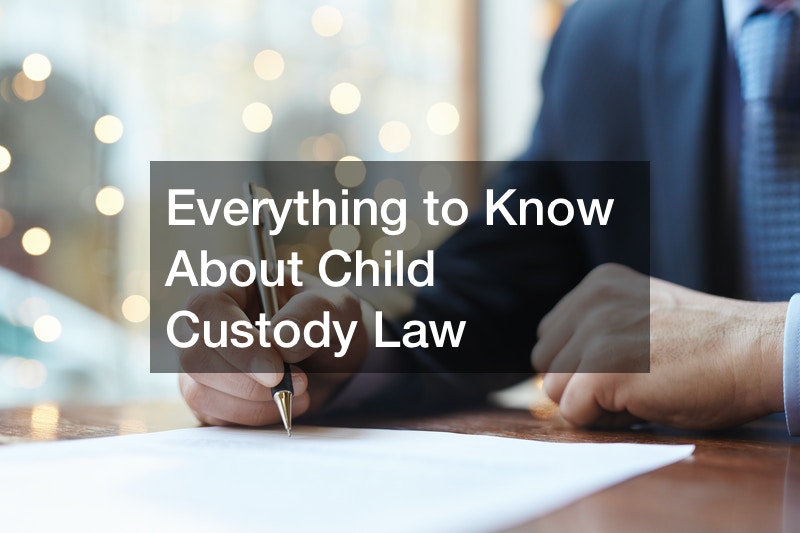 As much as there are always disagreements and conflicts in families, adults always find ways to work things out and restore love, peace, and understanding among family members. However, there are cases where the parents in the family can decide to separate. This means they have to make extreme decisions that affect everyone, especially the children, in the long run. The children’s welfare matters as much as the parents separate or divorce. This is where child custody law becomes relevant.

What is Child Custody Law? 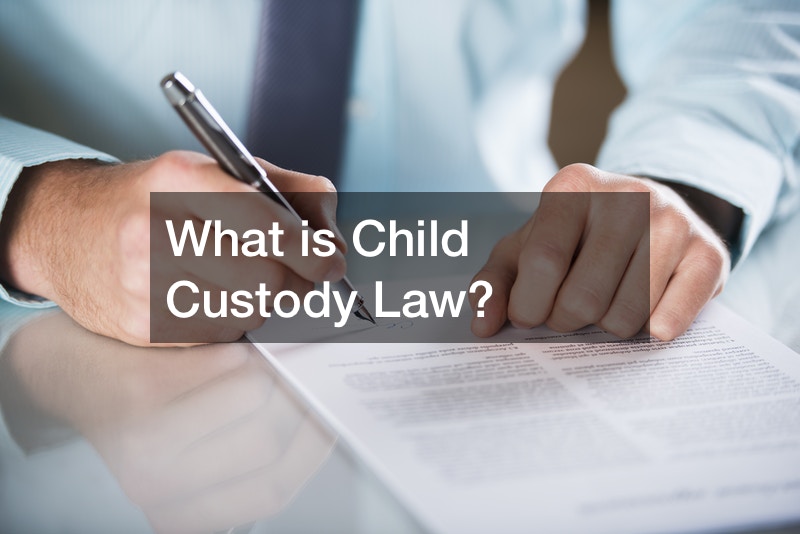 When a child is under the care of two biological parents, it is their responsibility to make decisions that will positively impact the child’s life. It is their responsibility to find where the child will live, how they will eat, what they will dress, and the kind of education system they will go through. While society expects the parents to consider this, it becomes hard for the child to receive the care and attention they deserve when parents separate or divorce.

Child custody law comes in to protect the child and ensure they get attention and proper care despite the conflicts between their parents, especially if the results are separation or divorce. Child custody law is a section under family law that aims to address the needs of a child whose parents are in disagreement, separated, or divorced. This law helps settle the disagreement between parents on who should take custody of the child and how they will work together in providing the needed care, no matter the side that wins the custody. 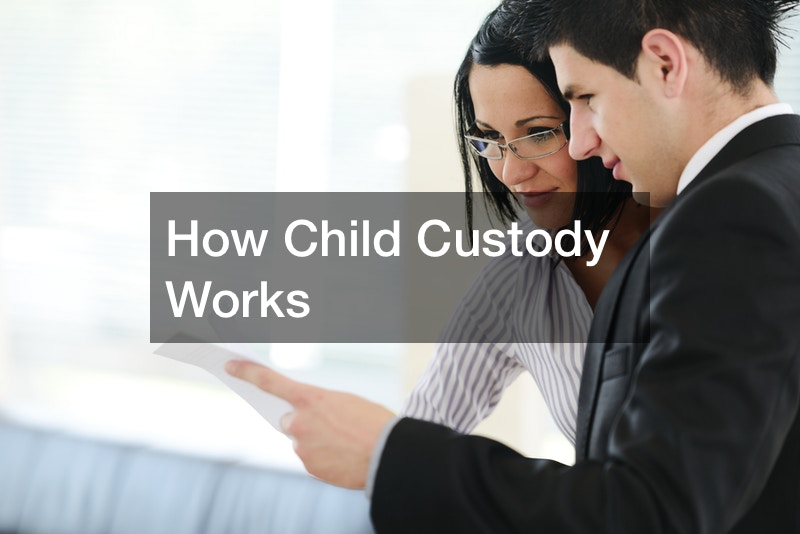 Child custody law aims to protect a child under the age of 18 years until they attain the legal age and can make informed decisions independently. For child custody to work, the parent should file for custody in court. After filing for custody, the court’s work is to investigate and ascertain the cause of the conflict and determine the side or parent who will provide the care and attention to the child.

In most cases, the family appeals and seeks the court’s guidance to solve the custody issue and help reach an amicable agreement. As soon as the court gets involved, child custody law comes into effect. This means that the parent should understand what the law states and what it dictates from them. A child custody case can be long and tiring, especially if the parents are separating or seeking a divorce. The court works in the best interest of the child despite the disagreement and conflict between the parents.

You should expect to work with and seek the guidance of attorneys.net’> lawyers in the custody proceeding to make the process a success. It is important to explore the market as this will help you identify a reputable lawyer to help you with the case. This is crucial as you need knowledge and guidance on child custody law, what it entails, and to understand how the process goes. When you look for a child custody attorney, you handle the case well and find an amicable avenue to care for your child.

What You Should Expect From Child Custody Proceeding

Preparing for the Hearing

After filing for child custody, you should expect and prepare for a court hearing. This also means creating a parenting plan that you will submit to the court. A parenting plan is vital during a child custody proceeding, especially when you or your partner donandrsquo;t agree on a plan. You will have to submit separate plans, and preparing yourself becomes vital. After checking and deliberating on your parenting plans, you should understand that the judge will create and enter a final plan that you will use.

It is crucial to outline a parenting schedule in your plan, including how the child will spend holidays and vacation, how and where they will go to school, transportation arrangements, and the communication channel between the parents and the child. With a well-formulated plan, you increase the chances of having a successful child custody proceeding. 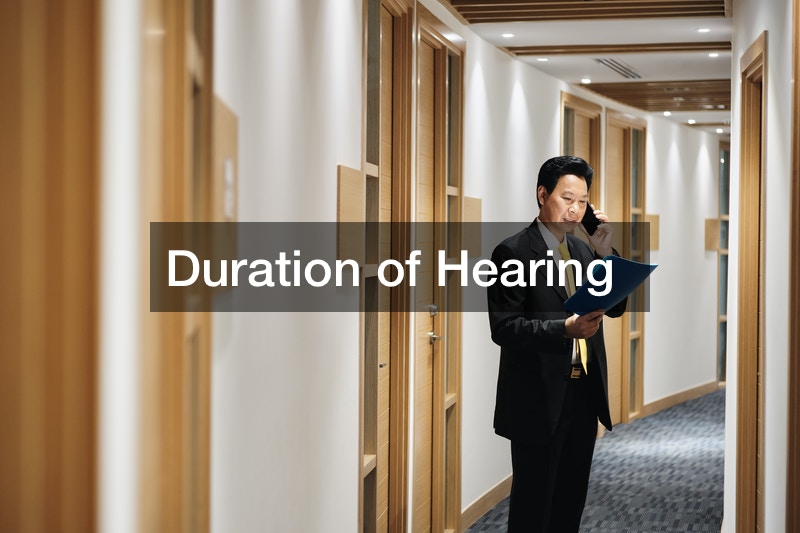 Unlike other cases and lawsuits people handle in court, a child custody proceeding can be short. However, this depends on the issues present between the parents. Before the child custody proceeds, you should iron out things with your partner to save time. The attorney you hire should help you address some of the concerns before proceeding to court. The report provided by the child welfare authorities will also determine how long the court proceeding will take.

What Happens at the Hearing?

When it comes to child custody law, both parents will have to testify. It is also expected that they state their custody proposal before the judge. You should expect the judge to ask specific questions, including your financial status, physical and mental health status, and plans. This is to understand the case and help make informed decisions for the best interest of the child. It is also expected that you will answer the questions asked truthfully without contradicting your intentions. The attorney you hire and work with should guide you on some of the questions to expect, the court etiquette, and how to carry yourself during the child custody proceeding.

In the long run, you should expect the judge to decide on the child custody case. Remember that the basis of the judge’s decision is the child’s best interest. You should also expect the application of child custody law during the court proceeding and the judgment. The court will check the relationship between the child and each parent, the relationship between the child and other siblings, the capacity of each parent to care for the child, the home environment of each parent, and the stability of each parent. Factors such as each parent’s mental and physical health and their employment schedule will also influence the applicability of the law and the decision the judge makes.

You should note that the age of the children, to a large extent, can determine the judgment provided by the court. If the child is too young, the mother can win custody easily. If the mother has been the primary caregiver, the court might decide to let the kids live with their mother until it feels a different verdict is paramount. Before creating and presenting a parental plan to the court, you should understand how tender age can affect a child custody case. You should note that working with a guardianship lawyer will help you gather helpful information about the case.

The stability and continuity of the children are great determinants of who wins the custody case. In most cases, the court will look at each parent’s living condition. If a parent is struggling financially, providing the care and attention needed by the child can be hard. The parent with a stable source of income and a better living condition has a higher chance of getting primary custody of the child. You should ensure that your living condition is admirable before filing for child custody.

Each Parent’s Relationship With the Child Before Divorce

If there is a history of abuse or neglect among the conflicting parents, the court might decide based on the child’s interest. The side where the child feels comfortable and safe wins the case. If one of the parents has a history of child abuse or neglect, the court will limit that parent’s contact and interaction with the child. If you have any negative history, you should expect the court to conduct an investigation. You should let the lawyer know about the situation before heading to court.

In legal custody, a parent has the right to make informed decisions on behalf of the child. However, there are cases where each parent gets legal custody over the child despite the separation or divorce. The parent can decide about the spiritual, sports, medical concerns, special events, and schooling welfare without seeking approval from the other party. But if both parents have legal custody, they must agree before making decisions on their child’s behalf.

This is where the court deems one of the parents unfit to raise and take care of the child. In this case, one parent has sole physical and/or legal custody of the child. Mental health issues, a history of violence and child abuse, drug addiction, and severe physical impairment due to accidents are among the reasons that can make the court deem one of the parents unfit. In cases of physical disability due to accidents, the court counts on the services of injury lawyers and medical experts to analyze the situation and provide a detailed report before deciding.

The situation where both parents agree to share the rights and responsibilities of their child after separation or divorce refers to joint custody. In this case, the child can and continues to spend time without restrictions with each parent. Each parent has legal and physical custody, making it easier to provide the care and attention needed by the child. Apart from making the child’s life easier, there is the alleviation of the parenting burden and ensuring each parent gets involved in the child’s life. You should have lawyers who will help each parent draft an amicable parenting plan to make joint custody a success.

Mediation is an alternative dispute resolution that most people use to arrange custody. Compared to court, mediation is more casual and less adversarial. In this case, the mediation only facilitates the meeting while allowing the parents to make the decisions. Mediation works best for parents planning to go through a divorce.

Parents can seek legal counsel if they want to form and reach an agreement outside of court. They can hire a lawyer who guides them through the discussion process and highlight what is attainable in their case. The parents can afterward decide on the child’s custody. You can also seek legal counsel from a child adoption attorney in related lawsuits.

Negotiation is an informal method of alternative dispute resolution that can help parents determine child custody. Negotiation also comes in hand during visitation agreements and other issues concerning the child’s welfare. You can seek the expertise of a lawyer during the negotiation process.

The finalized and signed documents resulting from negotiation, legal guidance, and agreement are the parenting agreement. In such a case, the judge must review the documents to give final approval for the child’s custody.

As much as couples want to spend the rest of their lives together, many factors might make them separate. In such cases, the child is most affected. It is crucial to protect the welfare of children when the parents have disagreements about who should live with the child. Child custody law works in the interest of the child. As a parent, knowing everything about child custody, therefore, becomes vital.